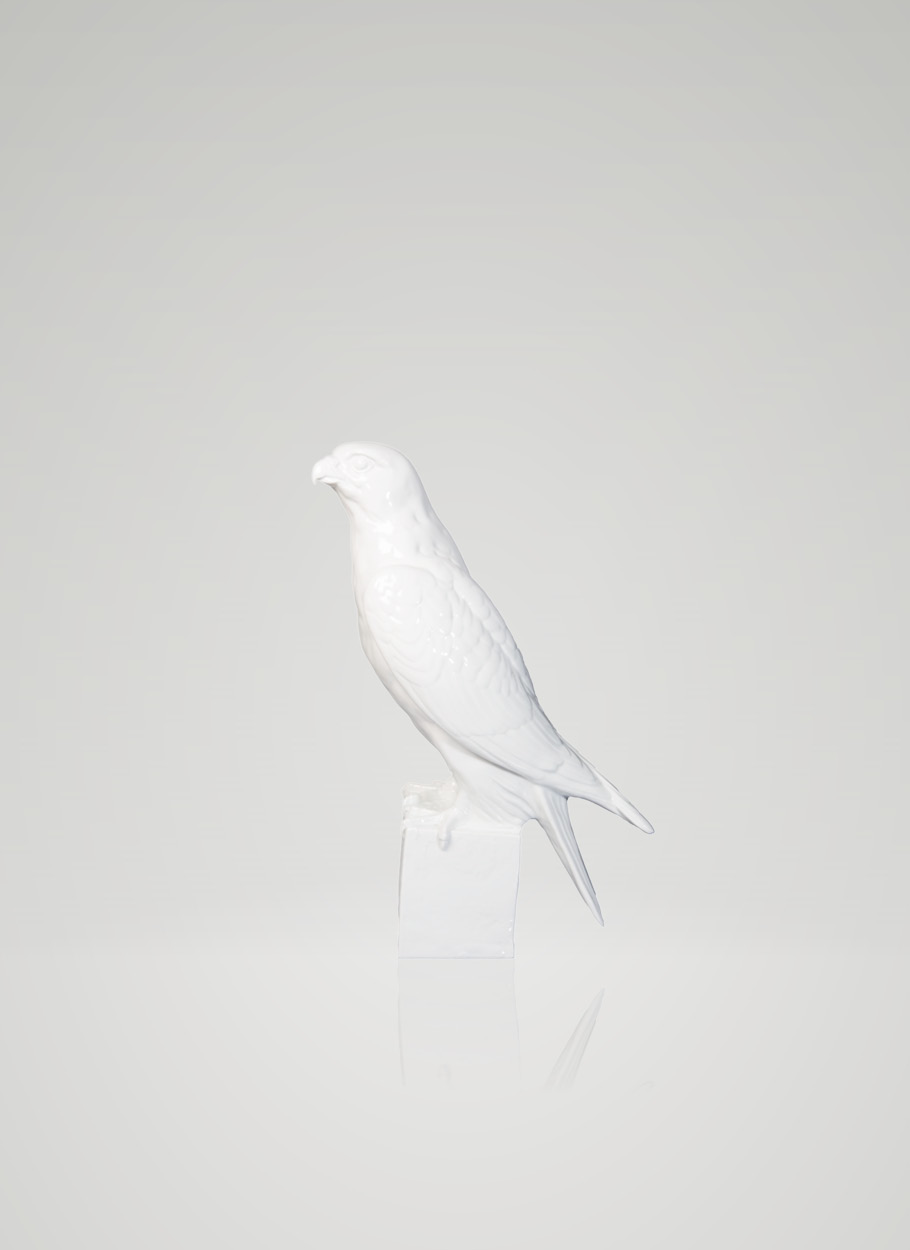 The gyrfalcon (Falco rusticolus) is the world's largest falcon species. In Europe it is only very rarely seen as a winter visitor and then mostly stays near the coast. Gyr falcons reach enormous flight speeds and have been valued as hunting falcons since the Middle Ages. White gyrfalcons were considered particularly noble and valuable. To this day, they are mainly used by rulers in the Arab world for hunting (and as gifts). Matthias Claudius Aigner designed an exquisite, life-size model of the gyrfalcon on behalf of Augarten in autumn 2012. Porcelain is the ideal material to capture the noble appearance of this animal. The gracefulness of the falcon comes into its own thanks to the sensitively designed surface.

Save products on your wishlist to buy them later or share with your friends.